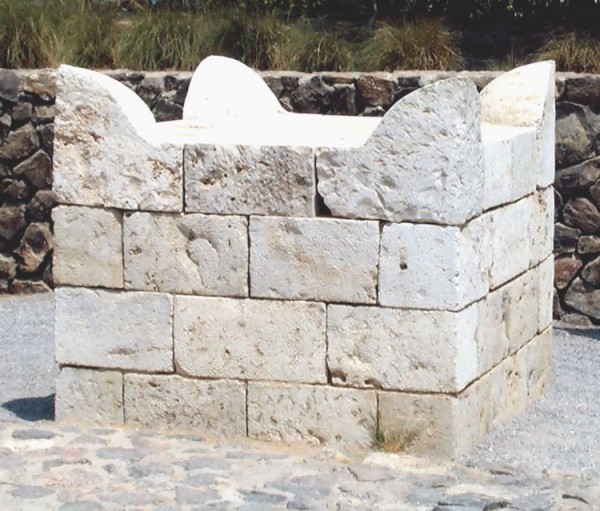 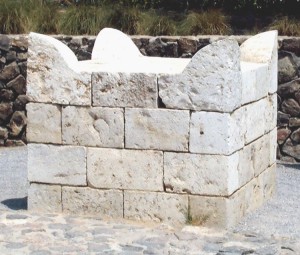 When examining the structure of Leviticus 9:1-24, the social and theological implications of the chapter must be examined carefully. In this post, I will argue that essentially the entire chapter is a chiasitic structure and offers insight into the societal structure of ancient Israel. The following is a small outline of the chapter.

From this outline, there are three strands which I will tug. First, the outline indicates the social structure as it relates to the Priesthood, common people, Moses, and Yahweh. Second, there is a theological indication of where all of the people stand in relation to Yahweh. Finally, one of the central themes of Leviticus is reiterated.

Moses is functionally tied to the role of God. Although he is below God in a theological sense, Leviticus 9 considers him to be at nearly equal status with God. Within the structure of Leviticus 9, verse 9:7 notes that Yahweh commanded. Following the completion of the sacrifices, verse 9:21b notes that Moses’ commands had been accomplished. The person who commands acts in the literature as the opening and closing parenthesis (God and Moses) to encircle the sacrificial actions. Implicitly implied is Moses’ status as the command giver, functionally equivalent to Yahweh. This is reinforced through Exodus 14:31: “When Israel saw the great power which the LORD had used against the Egyptians, the people feared the LORD, and they believed in the LORD and in His servant Moses” (NASB Ex 14:31, italics added for emphasis). The nearness of Moses to God is also reminiscent of kingly rule within ancient Israel and Near East.

As mentioned previously, Leviticus 9 holds hefty theological implications. While society may be structured hierarchically, the entire chapter is focused on the glory of Yahweh. In fact, there is a striking contrast between the whole congregation standing before Yahweh (9:5, A1) and falling on their faces before Yahweh (9:24, A2). As a result of the purification rituals, the sacred space was extended as all the people saw the glory of Yahweh, glory only previously seen in relation to Moses on top of Sinai or the Priesthood within the tabernacle. Now all people are able to see the glory of Yahweh, implying a closeness which all peoples attained, no longer placing priority or special status to Moses or the Priesthood. Thus, Leviticus 9 indicates a desire for all people to enter the sacred space of God, not just the sacred few.

Last, but definitely not least, Leviticus 9 presents the goal and center of Leviticus: holiness. Although the chapter functionally operates with Moses/Yahweh —-> Priesthood/Common people, the theology of the chapter indicates that holiness was important for all people, not the select few. B1 introduces this as God’s will for the whole community (A1). B2 and A2 express this as the accomplishment of God’s will for the community following the description of the purification process. In reality, it was important for every person in the community to maintain holiness and purity. None were excluded. All  the people fell on their faces when they saw Yahweh’s fire and all the people were purified. The importance of holiness in Leviticus, and all of ancient Israel, is further demonstrated by the strange fire of Leviticus 10 and Achan’s sin.

Societal structure, theology, and the central theme operate together to present a unique picture of Yahweh. Although Yahweh operated within a clear social structure, his goal was oriented towards the entire community taking part in holiness, the central theme of Leviticus. In doing so, all people who are part of the community of God are able to be within close proximity of his presence, the sacred space of Yahweh. In effect, all people are provided with the potential to join with him in the establishment of Order in the cosmos.

As I frequently mention, it is unfortunate that people often overlook literature regarding cult practices because it does disservice to the text by ignoring the context. Hence it is essential to recognize the text’s context and proceed by translating the concepts into the 21st century. In agreement with Yizhaq Feder, “perhaps the nonverbal symbolism of the sin-offering, though relatively crude and unarticulate, was the seed from which all of these more elaborate theological discourses would emerge” (Feder, 260). In essence Feder suggests that the ancient sacrificial system of ancient Israel was the beginning of the major theological issues of the 1st and 2nd millennium, such as Jewish and Christian concepts of debt to a deity. Thus, in order to fully understand the major theological issues of this era, it is important to understand the seed of the theological discourse. One of such places is the first four verses of Leviticus 5’s discussion of guilt offerings.

Within Leviticus 5:1-4, the editor presents four basic things requiring a guilt offerings in a chiasm.

Throughout Leviticus cleanliness relates to animals (Lev 5:2), food (Lev 11), and humans (Lev 5:3, 13:11, Lev 15). Each law of cleanliness is directed related to ones ability to participate within Temple worship. Hence cleanliness also determines ones ability to approach the holy place of God. Because sin, tied to uncleanliness, was considered to be a sort of debt within the ancient world (Feder, 260), inability to participate in Temple or Tabernacle worship literally cut off people from God and His  representative, whether Moses or the anointed priests (cf. Lev 7:21). Consequently as the individual was cut off from the representative of Israel and God, he was also cut off from the people of Israel. Thus cleanliness was essential to maintaining proper standing within the community of God.

Returning to the chiasm of Leviticus 5:1-4, it is then clear why cleanliness is the center of the guilt offering. Through poetic form Leviticus 5:1-4 highlights the importance of maintaining connection to God. Unlike the common way of writing in the 21st century, which places the climax nearer to the end, Hebrew poetic devices, such as chiasms, often place the important statement in the center. Thus, for the author of Leviticus, the most important thing is maintaining a close proximity to the holiness of God.

The outer-brackets of Leviticus 5:1-4 (A1 and A2) relate to the public sphere of behavior and purity.  Leviticus 5:1 focuses on the legal system on the guilt of one who fails to testify even as a witness, while verse 4 attributes guilt to thoughtless oaths to other people or God. While A1 focuses on public courts and A2 focuses on personal interactions, both relate to ones interactions with man. Ones interactions with man are ultimately centered upon mans vertical connection to God. Thus there are two aspects to the editors chiasm: “… Purity expressed in what is sacred and responsibility in taking an oath… This twofold nature of biblical religion is reflected in the Ten Commandments, which begin with one’s personal relationship with God and then move to one’s relationship to others” (Rooker 2000, 118). However, these two aspects, personal relationship with God and relationship to others, are more intertwined than Robert puts forth. Relationship with God can only take place within a community in which one relates to others, hence the editors willingness to unite the issue of oaths and testimony to cleanliness for proximity to God’s holiness through an ancient poetic device.

In conclusion, Leviticus 5:1-4 expresses the absolute importance of people and God. Apart from maintaining purity, which has been interpreted differently throughout the centuries (cf. Kazen 2010), one is unable to truly be part of the people of God. In effect he is cut off from the people of God. At the same time, one must maintain honesty and integrity with his words and witness because it directly affects the public sphere and relations with others. Even within this day and age, the same thing should be sought after within churches and synagogues: purity with God must be maintained simultaneously with purity towards others. Only in doing so is one truly able to adhere to the commandments of God.