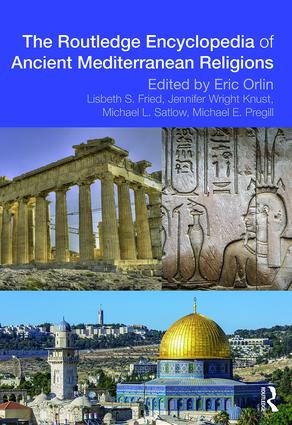 In a day and age when new encyclopedias seem to be published every other day, The Routledge Encyclopedia of Ancient Mediterranean Religions (henceforth referenced to as REAMR) is a breath a fresh air. Unlike many specialized encyclopedias, REAMR attempts to offer a general overview of a wide variety of cultures and practices relevant to the Mediterranean. These entries provide a cross-cultural perspective, noting unique and distinct elements of particular topics. Similarly, authors for entries were instructed to focus on writing for the Religious Studies field who did not share that specialty. In other words, a scholars writing an entry about the Hebrew Bible would assume the reader is within the field of Religious Studies; however, it should be oriented to a non-specialist in that particular field, such as a scholar of Islamic Studies.

This was, I think, successful for the most part. Although there were a few problematic entries, they generally presented the information in a clear and concise manner. Because the academic environment encourages inter-disciplinary scholarship, this volume offers an entry point into sub-fields distinct from ones own. Furthermore, the volume covers from the Bronze Age up to Late Antiquity. In terms of the traditions, it attempts to be as comprehensive as possible. So, the volume includes, though is not limited to, Judaism, Roman religion, Greek religion, Persian religion, Ugaritic religion, Canaanite religion, Egyptian religion, South Arabian religion, Zoroastrianism, and Islam. Thus, in terms of its diversity of represented religious traditions, this REAMR is distinguished from other encyclopedias.

Before I offer notes on particular encyclopedia entries, I have one primary criticism of the volume. The beginning of the volume comments on the issue of defining the category of religion: “The term religion is itself disputed, as a number of recent discussions have highlighted. Because we realized early on that we would need to include many headwords to provide cultural background that might not be strictly religious (such as Hellenistic Age), we decided that it was not necessary to offer a specific definition of “religion” in order to exclude material felt to be “non-religious”. (xvii)” They continue by noting that religion was often times not seen as a distinct category from social or cultural. In principle, this decision makes sense.

Even though it is difficult to define religion, the editors of REAMR missed an opportunity. For an entry titled “Religion” could have at least offered a succinct overview of the history of scholarship, problems, and various ways of defining ‘religion.’ This criticism, though, is minor. Even so, the volume is incredibly valuable as a whole. While individuals probably will not purchase this volume, there are two groups in particular for which is will be helpful: small organizations in need of a thorough dictionary on ancient Mediterranean religions [1] and universities with a small library budget. Regarding the latter, the volume is $285 as an eBook (Hardback $408). Because REAMR covers such a wide range of traditions and time periods, though, it is well worth the investment. As far as I am aware, few encyclopedias offer such a comprehensive overview of Mediterranean religious traditions at that price.

Following, I will offer notes on specifics within the volume:

Even with these critiques, the volume is excellent. REAMR offers a broad overview of many religious traditions and cultures. Because of this, it is a valuable addition to libraries, in particular to small schools with low budgets. The value of REAMR is well worth the cost.

[1] I make this comment based off my experience visiting a local NPR station. At it, a few encyclopedias were sitting around. I suspect that the were used as general references for reporting on any relevant issues.