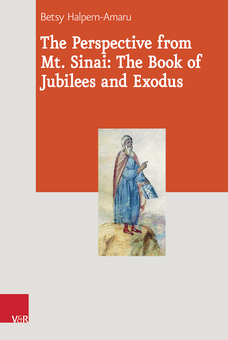 *I like to express my gratitude to Vandenhoeck & Ruprecht for providing me a review copy in exchange for my honest opinion.

The Perspective from Mt. Sinai by Betsy Halpern-Amaru explores “the treatments of Exodus narrative and law in Jubilees” from a literary perspective, with special regard for the “intersection of structure and context” (20). In other words, Halpern-Amaru examines how Jubilees reworks the Exodus narrative, including themes, motifs, and structures. While her goal is not to challenge a redaction approach, at times she interacts with critical scholarship in order to provide an alternative a redaction approach.

She begins by examining how Jubilees re-orients accounts in regard to transition and era markers. In particular she highlights how the author disconnects Joseph from the spiritual authority in Genesis, symbolized freedom to enslavement through Amram rather than Joseph, and the birth of Moses by the appearance of Amram rather than following three stages of oppressive enslavement. Chapter Three examines how the author of Jubilees utilizes, omits, or adjusts elements of Exodus in order to draw out the literary reworking of Moses’ life.

Chapter Four focuses on how Jubilees treats the plague and Exodus in terms of redemption. Redemption, as she demonstrates, is reworked from Exodus by demonstrating God’s care and how heavenly forces served as instruments to God. Chapter Five considers how Jubilees present Pesach/Massot through a patriarchal prototype in the Akedah account and in the exodus account. Chapter Six analyzes how Jubilees uses Exodus 12-13 to develop the pesach statute in association with Moses at Mount Sinai. Chapter Seven explores treatment of Sabbath in Jubilees from three perspectives: (1) expansion of the institution of Sabbath during creation, (2) expansion of the command to keep Sabbath, and (3) expansion of the command against work on Sabbath in the Decalogue. Chapter Eight illustrates how Jubilees‘ angel narration “displays a medley of three types of closure” (149): thematic, present time, and circular closure.

While Halpern-Amaru’s work has a few good comments on how Jubilees reworks Exodus, it lacks organization, structure, and well-defined methodology which otherwise would have made the book digestible.  As she bounces between Jubilees, Exodus, and other supporting texts, it becomes unclear to which texts she is referring. As a result, her arguments are not clear and lack strength. Much of this is in part due to the lack of clear structure and methodology. At the outset of the book, her stated purpose, a study on ” the treatments of Exodus narrative and law in Jubilees” from a literary perspective, is so broad that is gives the reader no mental stage-preparation for the ensuing analyses.

For the interpretation of Jubilees and reception of Exodus, this book is valuable. For it draws out many nuanced aspects how the former reworks the latter. Opacity of her arguments, though, make it incredibly difficult to engage with. As a research resource for studies of Second Temple Judaism, this book is worth referencing. As a standalone books, beneficial for general reading, The Perspective from Mt. Sinai would do better on the library shelf rather than your own shelf.

NOTE: If you enjoyed this review, please follow or subscribe for more reviews and thoughts from my brain.

Introduction to the Text:

Jubilees is presented as a historical account of past events; however, unlike older historiographical texts like Kings and Joshua, Jubilees filters the Torah (Genesis-Deuteronomy) through the priestly author’s lens. At this point, it is one of the most helpful literary texts in reconstructing the priestly community from the 2nd century BCE in the midst of Maccabean battles. While Jubilees is a treasure trove of theological and historical data, I will focus primarily on the re-written creation account.

Ancient Near Eastern myth making took place within a cognitive environment that generally used “Order” and “Chaos” to represent alternative power structures, Order being the positive, encouraged structure and Chaos being the negative, discouraged structure. In the past scholars have noted that the tohu and bohu, and tehom, of Genesis 1:2 too a certain extent reflect the ancient Near Eastern concern with Chaos and Order.

Now the earth was formless (tohu) and empty (bohu), darkness was over the surface of the deep (tehom), and the Spirit of God was hovering over the waters. (Genesis 1:2, NIV)

Interestingly, though, this is seemingly absent in Jubilees’ re-writing of Genesis. Although initially insignificant, it does shed light on the cognitive environment in which the author of Jubilees wrote, or perhaps offer a guiding tool to interpreting Genesis 1:2 from the MT or LXX. I’ll briefly explore these two interpretive options.

First, we can understand the absence of the ideas as exemplifying that they were of no cultural significance to the priestly author in the 2nd century BCE. Perhaps by that time the notion of tehom as the alternative power structure of Chaos was foreign to the author. Although the divine combat motif is surely present  throughout the Greek world, the absence of conflict in Genesis 1:2 may explain why the author did not notice the Chaoskampf motif within Genesis 1:2.

Second, we can read the absence of tohu, bohu, and tehom as a guiding tool for our own interpretive endeavors. Perhaps the author did not include them because we apply too much focus on those terms as subtle echoes of Chaoskampf and the text is not actually meant to be read as echoes of the Chaoskampf motif.

Of course, both options are possible, perhaps even at the same time. Even more so, there is a plethora of scholarship which I did not address, scholarship which offers other solutions and perhaps even these two solutions. Perhaps I’ll have the chance to explore this topic more fully at the University of Chicago Divinity School. 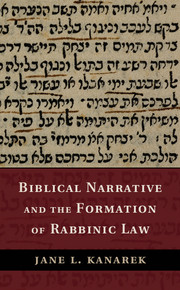 Jane L. Kanarek (Assistant Professor of Rabbinics at Hebrew College) argues that “biblical narrative is embedded in th heart of rabbinic lawmaking enterprise and is, in fact, inseparable from it” (1). Drawing on classical rabbinic sources, such as the Palestinian and Babylonian Talmuds, the Mishnah, Midrash Halakhah and Midrash Aggadah, Kanarek explores how rabbinic literature integrates rabbinic law and biblical narrative. The integration is distinct from Jubilees in that rabbinic integration utilizes different exegetical methods. Rather than law and narrative operating as two autonomous realms, Kanarek argues that, in rabbinic literature, they exist dialectically (13).

Following her introduction, she explores the exegetical tradition of Isaac’s binding. She focuses on the Akedah as a legal source for rabbinic literature, namely the the type of knife that should be used for ritual animal slaughter (31). The Akedah is reframed in rabbinic sources in an interpretive web of narrative’s dialectical existence with law in biblical literature.

Chapter 3 traces the distinct rhetorical strategies of Palestinian and Babylonian text in Rebekah’s betrothal. For both traditions, she clearly demonstrates that both retellings are contextually grounded, integrating biblical narrative with rabbinic law for a rabbinic law-narrative. This provides “a realm for imaging, enacting, creating, and performing rabbinic law” (105).

Towards a more complex rabbinic web, Chapter 4 argues that the dismissal of an obvious prooftext is actually “a more complex exegetical route [that] leads to richer law and creates more legal meaning” (107). As a test case, she explores exegetical traditions around Joseph’s mourning (Genesis 50:10) and rabbinic shiv’ah. The exegetical approaches of the Yerushalmi and Bavli permit them to attain more meaning through reading biblical narrative and rabbinic law together.

Chapter 5  examines the “rabbinic definition of an assembly (‘edah) as consisting of a quorum of ten people” through Palestinian and Babylonian traditions (139). However, in contrast to previous chapters, he analysis yields results that the Bavli and Yerushalmi provide fragmentary textual traditions. Essentially they fail to fully integrate and anchor a quorum of ten – as rabbinic law – into biblical narrative.

She sums up her books fairly well: “The far-reaching and webbed nature of rabbinic legal reading expands scripture beyond genre into a rabbinic text that is simultaneously law and story. To read scripture rabbinically is to read it as a law-story” (183). Each of her chapter demonstrate a unique aspect of how the rabbis read scripture as a law-story.

Kanarek’s work it important to any student of rabbinic literature and Judaism, as it approach the heart of Jewish tradition. Her examination of the interplay between rabbinic law and biblical narrative comprises a wonderfully succinct argument that assists the reader in recognizing the exegetical approach of Amoraic rabbis. Although the audience is fairly limited, as rabbinic and Judaic studies comprise of a small group of people, those who are to and desire to engage with historical traditional uses of the Hebrew Bible most surely should read Kanarek’s publication. As for future potential of the study, especially as it regards my areas of interest, comparison of rabbinic law and narrative integration with ancient Near Eastern law and narrative integration (or relationship) may be a fruitful future endeavor. 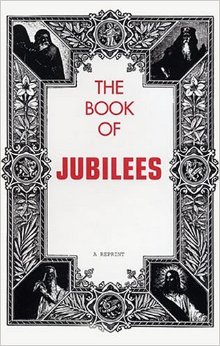 Leave a comment Posted on May 1, 2015May 1, 2015 Exegetical Observations, General Musings

A few months ago I argued for the intertextual nature of Genesis 15 and Leviticus based off of the sacrifices God orders Abraham to sacrifice. In search for further evidence of their connections, I came across Jubilees, which elucidates the intertextuality of the cultic practices of Leviticus and sacrifices of Abraham. Being a retelling of several biblical episodes from Genesis, the book of Jubilees (2nd Century B.C.) inserts unique elements to the account originally found in Genesis 15, namely a focus on obedience to God through cult. These elements provide insight as to how a 2nd Century B.C. Jew may have understood Leviticus and Genesis.

The following demonstrates the  textual differences.

Genesis focuses more on the belief of Abraham in God’s promises. In contrast to Genesis, the centrality of Jubilees is on sacrifice and blood offering as the core for covenant and promise. Additionally, Jubilees notes the time of sacrifice, an indication of cultic ritual. Even though all of Jubilees reflects similar shifts to greater focus on obedience to the Torah, its redaction of Genesis 15 supports the idea that Genesis 15 and Leviticus have strands of intertextual connections.