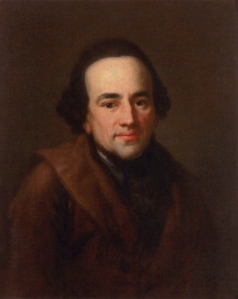 This quarter I am taking a course called Introduction to the Study of Religion. One of the main texts for the course is an anthology of letters by Moses Mendelssohn. For those who do not know, Moses Mendelssohn (1729-1786) was a Jewish philosopher. He is considered the found of modern Jewish philosophy. Particularly unique about Mendelssohn was his role in the German enlightenment. He was both an accomplished Jewish scholar through Jewish texts and a leading figure in the German enlightenment. In other words, he wrote for the small group of people who subscribed his religious tradition and the broader discussions relating to the enlightenment outside of Jewish traditions.

For scholars, the question has been in a similar vein: “was Mendelssohn able to achieve a coherent synthesis between his Jewishness and his Germanness, between his commitment to Judaism and to the Enlightenment? (XVII)”. The question is relevant for today. For, it questions the relationship between religion and state on a personal level.

In one of his letters, he discusses the relationship between good and institution. In summary, Mendelssohn argues that if an institution produces good, he should support it. Even if it produces good and is based on a tradition which he wholeheartedly opposes, he is obliged remain silent about it so that it continuous producing good. On the other hand, if an institution ruins the felicity of humans, it should be directly attacked. That is his obligation.

His principle is well reasoned and should be considered before any action against any institution is taken. For myself, it is enlightening and something which I will consider in all of my decisions. Yet, it is too abstract. As an ideal, it can move society in a good direction. As a concrete reality, though, it does not exists. Sometimes, what accidentally produces good, or even intentionally produces good, is also producing evil, actions detrimental to the felicity of other humans.

I offer this critique in hopes that either (1) Mendelssohn already addressed this nuanced complexity or (2) someone, perhaps myself, can develop a more concrete principle under the influence of his more abstract principle. In other words, I wonder how this principle can be used, and to what extent, in the reality of life.